After a ‘rest day’ we were on our way to Niigata City to meet some friends via Shiobara Onsen and Inawashiro Lake. There was some beautiful rice paddy fields and picturesque scenery on the way there.

We also stopped in at a place called Tobu World Square which is basically a miniature tourist attraction village. They have some great things there like, Ross figured he’d pretend he was back in his former Egyptian God’s body (Yugi / Atem) at the sight of the pyramids.

It was a reasonably long ride there, fortunately things only to be seen in Japan were there to encourage us up the steep slopes to Shiobara Onsen. This bad boy was in the middle of some random town with no plaque or anything (not that he needs one). 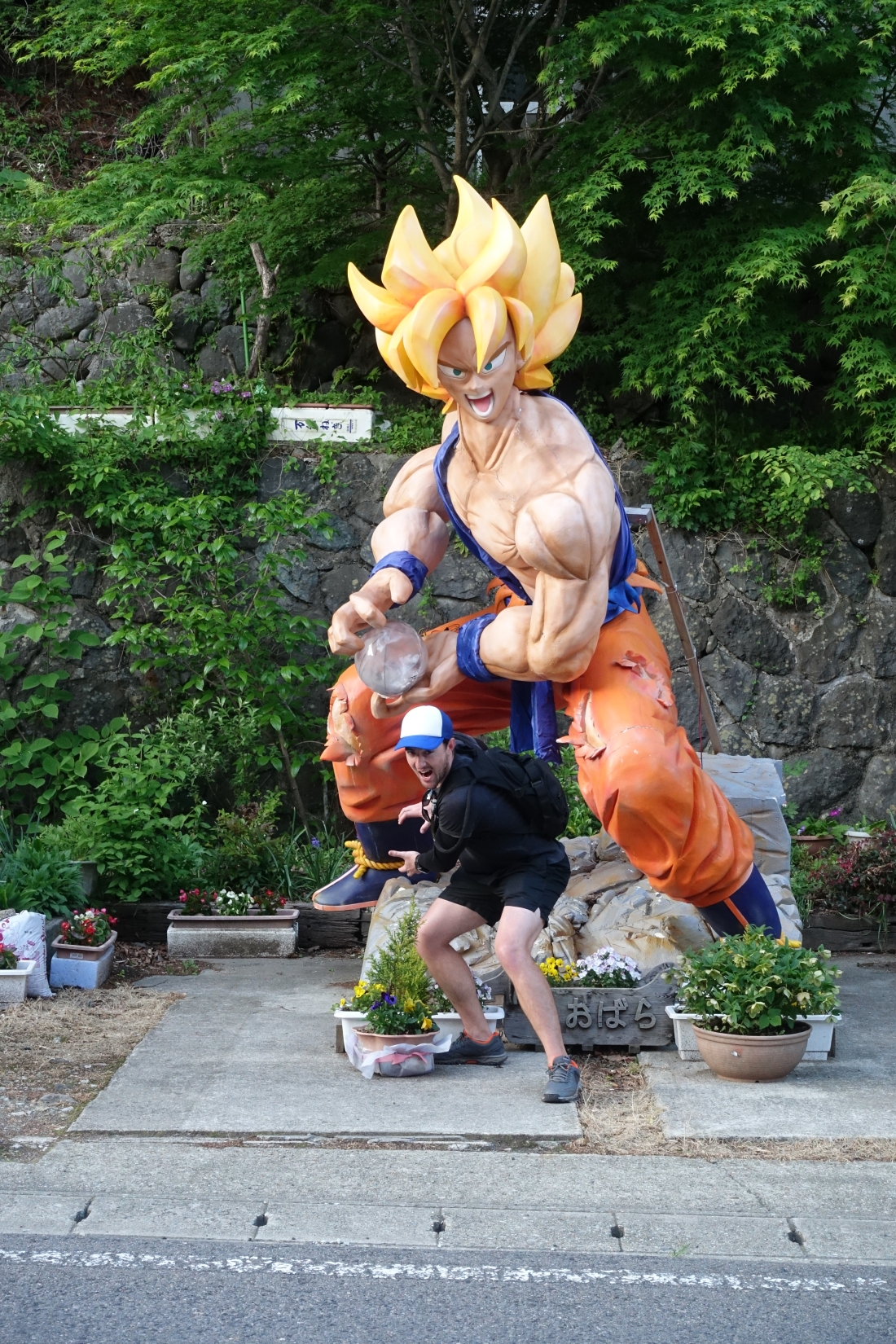 We ended up finding a free outdoor public onsen. Unfortunately to Carl’s dismay no pretty girls ended up joining us even though we waited for nearly 2 hours. Due to his determination it ended up getting so dark we were forced to set up the tent on the footpath just nearby.

The next day involved a monstrous ride up to Lake Inawashiro, the longest ride to date, tipping over the 100km mark for the first (but definitely not last) time in the trip. We ended up finding 3 amazing campsites, however all but one were infested with ‘Beware the bear’ signs. Although we joked about setting up the tent right next to one, as if a warning from God, an old farmer lady working the fields said ‘A bear just came out’ right near our intended sign, so alas we ended up at the safer option. 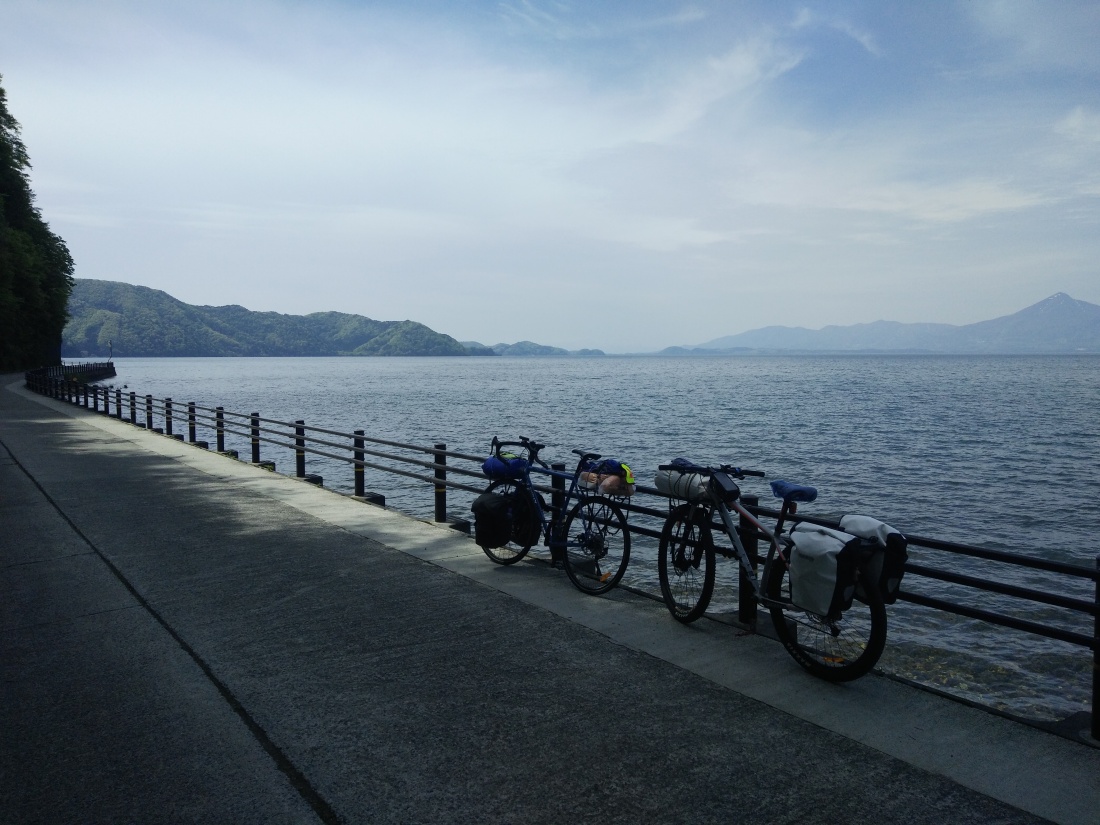 The day ended with Ross taking a refreshing lake shower alone as Carl was too afraid of the cold water and ended up stinking the tent out.

With ominous rains ahead, the lake was not the best place to stay another night, so we decided on another big day of riding. As I mentioned, that was not the last 100km day, as the next day ended up being a solid 142kms. We both met up with some friendly Happiness Science activists. And I mean it must work. Look how happy they are! 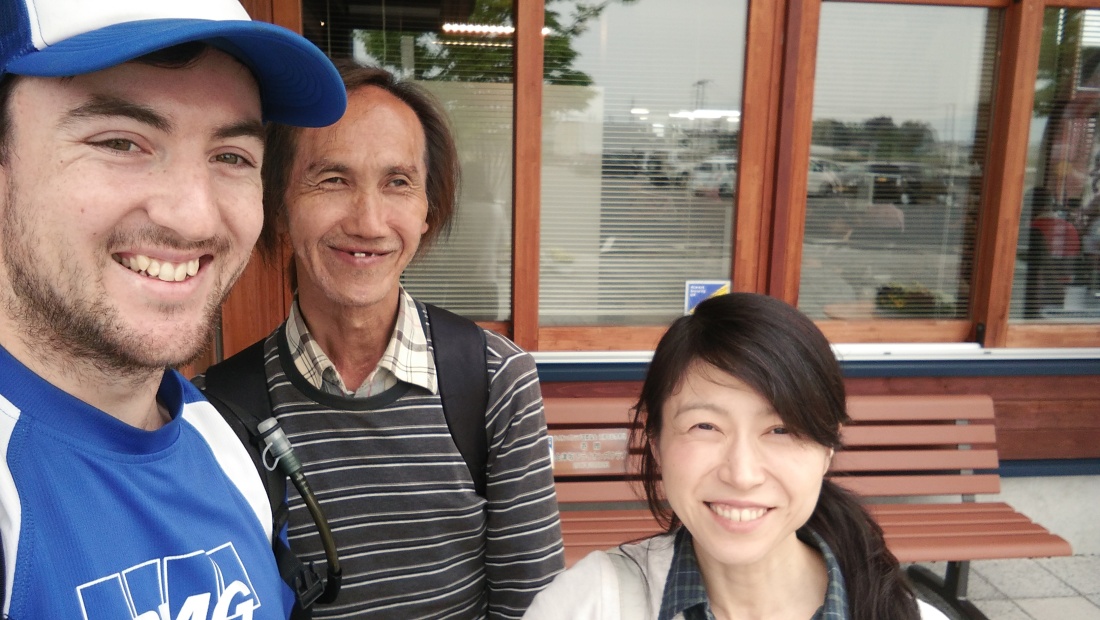 Finally as night set in, Ross arrived in Niigata and found a nice capsule to settle down in. Carl, who had already arrived, insisted on going to this ‘highly recommended’ restaurant. 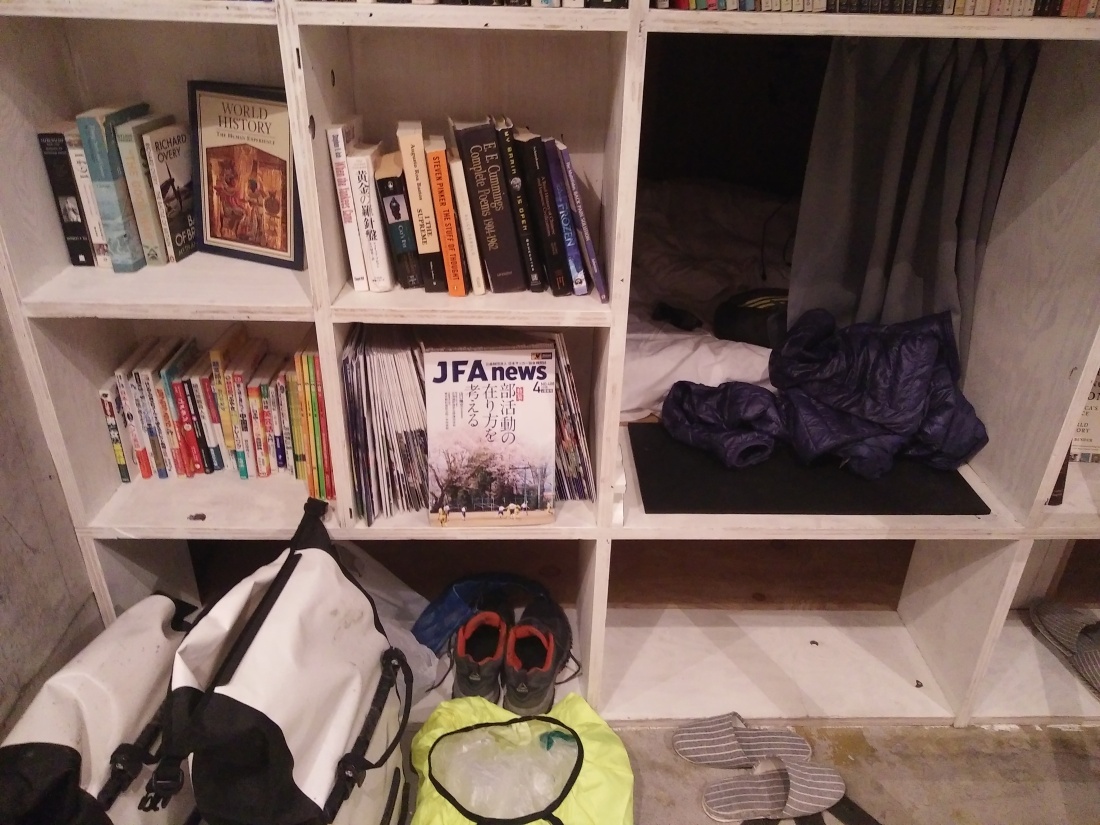 One thought on “To Niigata City, Niigata”