I camped in a random park next to Lake Biwa. I took a sneaky lake shower then on my walk of shame back to my hobo campsite and saw a dead fish in the water I had just ‘bathed’ in. The other animals were not even eating it, so you know something bad must be in the water. Oh well, as the Japanese saying goes しょうがない – it can’t be helped. Just pray my toe doesn’t get infected and fall off.

I was riding along Lake Biwa (it’s really not that pretty and actually smells pretty bad), and coincidentally met back up with Wally. We went past a mall with some super dragon ball heroes machines, so I showed him how to play and he was very impressed. Wally had been given a hot tip by the people he stayed with last night to take Route 30 into Kyoto. It was actually the worst idea in the world.

We were fighting through 40 degree heat up a 400m mountain pass right at the end of the ride. Once up the top Wally literally wrung his shirt out and left a solid litre of sweat in his wake.

We made it to a convenience store and cooled down for a while then set off to have a nap in the gardens of the imperial palace. We also had a bit of a picnic there, not sure how legal. 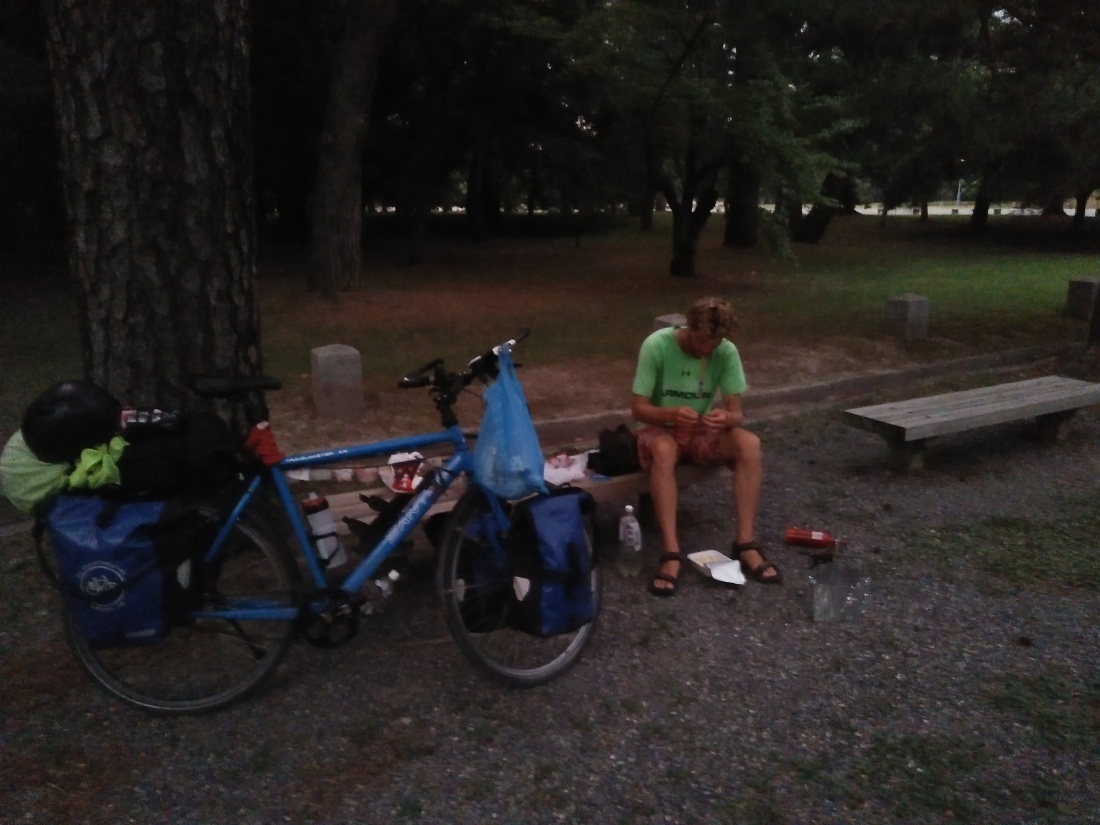 That night we stayed at my favourite place, an internet cafe Chain – 快活CLUB. I introduced Wally to all you can eat ice cream whilst we played some darts and counter strike.

The next morning we went to Nijo Palace, where the infamous Nightingale Floor is. Super cool.

Nightingale floors (鴬張り or 鶯張り uguisubari) About this sound listen, were floors designed to make a chirping sound when walked upon. These floors were used in the hallways of some temples and palaces, the most famous example being Nijo Castle, in Kyoto, Japan. Dry boards naturally creak under pressure, but these floors were designed so that the flooring nails rubbed against a jacket or clamp, causing chirping noises. It is unclear if the design was intentional. It seems that, at least initially, the effect arose by chance. An information sign in Nijo-ji castle thus states that “The singing sound is not actually intentional, stemming rather from the movement of nails against clumps in the floor caused by wear and tear over the years.” Legend has it that the squeaking floors were used as a security device, assuring that none could sneak through the corridors undetected. – Thanks Wiki. 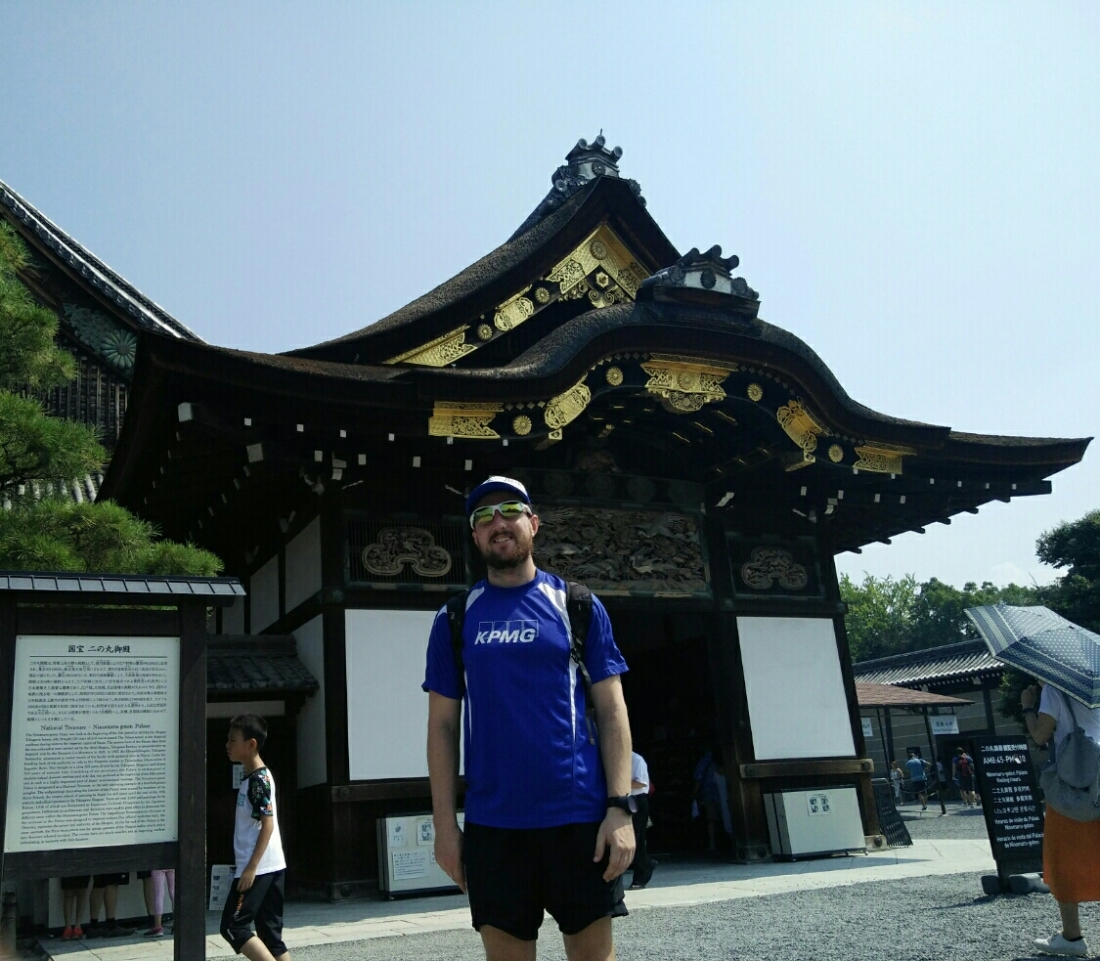 Once again great book about the Nightingale Floor in this post about audible.

We also visited the free temple near the station, the impressive Higashi Honganji Temple, containing the largest wooden structure in Kyoto.

I visited a sword shop I found when I was in Japan about 7 years ago. I had a chat with the shopkeeper and bought another Shiriken Star #readythesharingan

We exchanged business cards, I hope she reads this. There was a really sick centipede hilt – is that the right word????? But couldn’t take a photo. It was worth more than my sakabatou (逆刃刀) >$500.

To escape the heat we went to the massage chairs at Yodobashi Camera, but seems like other geniuses already had the same idea.

I booked a cheap hostel for the night, it’s too hard to camp in 30 degree heat and high humidity.

I also went to watch the new 2018 Pokémon movie that came out the day before みんなの物語 – everyone’s story (or something). For once I felt like I had tangible proof that my Japanese was improving. I barely even noticed the movie was in another language albeit a ‘kids’ movie. But whatever, small steps.

Movie was pretty decent. I also have a new legendary to add to my collection but I need to download somehow.

The next day I went to Inari Shrine Mountain. 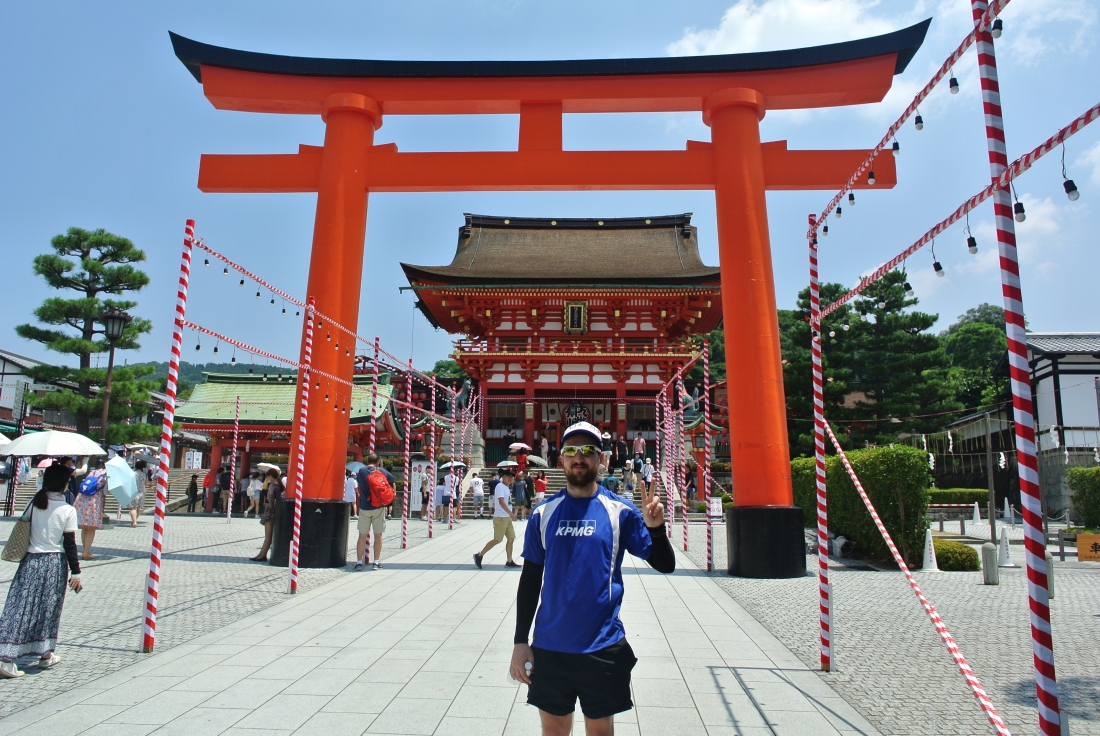